Pictures with a walking sandwich

111. Accidentally walking in front someone’s camera as they take a picture

At places like Disneyland, Hollywood, and pretty much anywhere you can find a Hard Rock Cafe, you will see people trying to take a picture in a crowded sidewalk. You’re walking and then suddenly.. FLASH!

What just happened? Am I dead?

You come back to your senses and look to your right only to see a group of tourists staring at you (along with those blue and green dots that your eye sees after a really bright flash of a camera), and a semi-smiling guy with a camera who tells you that its OK as he puts the camera up to his face again to attempt to take another picture. Well of course its OK, its just a picture! What’s more important here is the awkward feeling of knowing that for the rest of eternity that picture will have your big head right in the middle.. which was caught off guard!

In the Santa Monica, CA area, there are always people trying to take pictures with super random stuff. There was a walking sandwich waving at cars to advertise a local restaurant, and it was crowded with Asian people taking pictures with it, whilst making peace signs of course. But people have posed with even stranger things..

In their defense, I do agree that there are a few people and things that you absolutely have to get a picture with in your lifetime: 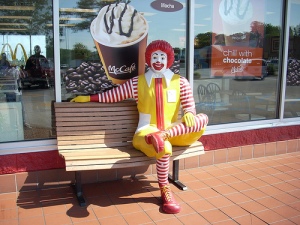 The Ronald McDonald bench statue provides a super cool picture opportunity for kids, and they’re all over the place! Some of you may argue that this might be promoting obesity and blah blah blah, well I guess its a good thing that television news stations don’t show faces when they make their daily report with footage of butts and bellies of random pedestrians. 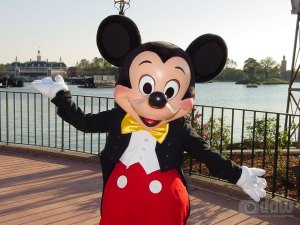 Mickey Mouse has got to be one of my favorites! What sucks is that these characters come out only at certain times of the day, and when its time for them to leave they just walk away with their escort person and act like you didn’t just pay $89 to see the mouse and take a picture with him. 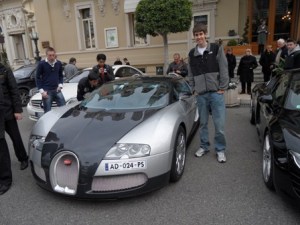 With some expensive-looking car. “Oh! You’re in the picture too,” someone might say to you after looking at such thing. I guess a picture next to or on a motorcycle would count also. If you’re a material girl, living in a material world (according to Madonna), take a picture with a purse or something.

With some exotic animal. Even though I’ve never seen the point to this, mostly because I feel bad for the poor animal, I’ve paid a dollar or five for a picture with a parrot before.. which I lost. (The picture, not the parrot.)

With mom! One must always take a picture with such a wonderful woman who once changed your poopie diapers and fed you nasty carrots and broccoli when you were growing up. Let us admit, it probably took a lot of strength to keep up with your whining and crying, so thank her, she deserves a picture with you!

What other people or things MUST you take a picture with in your lifetime?

You got my name wrong, but I’ll go along with it

How many times has someone gotten your name wrong, and you felt a little forced to go along with it?

As long as your current partner isn’t calling you by his or her ex’s name, it should be fine right? Sometimes its fun to play along with it. How many of you can really honestly say that you haven’t given a fake name to the barista at Starbucks? My last attempt there: Sancho. And no, I couldn’t pull it off without laughing.

I think I’m used to it. My name is Edwin and I get called Edward, Edgar, Eduardo, Edmund, … the list goes on and on. I don’t typically say “Dude, you got my name wrong!” I just kinda respond to it and let it go. When you can avoid making a moment more awkward than it has to be, do it.

My sister started a new job, and people are barely starting to know her there –by “know her” I mean “know her name”.

“Cecilia here will be helping you out today,” her boss said to a customer. Cecilia? Uh, her name is Jennifer.

So what does my sister, Jennifer, do? She goes along with it to save herself some awkwardness. Of course, she opts to stay away from awkward stuff most of the time, like the majority of us, but sometimes it really follows her around. When she worked at a purple and pink-themed store at the mall where they only sell shiny stuff and poke holes on people’s ears, a younger girl translated something for her mom who had said something in Spanish. My sister is perfectly fluent in Spanish.. but she went along with it and pretended to be confused and decided to wait for the girl’s translation. Now that I think about it, I guess I would’ve done the same thing.

Well come on! What else are we supposed to do?

Hmm, glad I asked. Here are the things to say when someone calls you Cecilia (or any other name that’s not yours):

Let me know how those ideas work out. 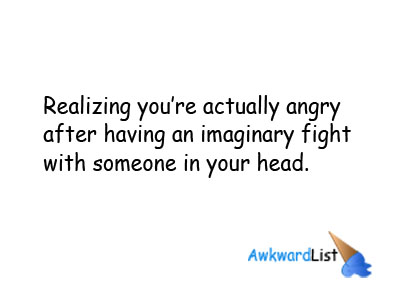